Dwight Diller has been on the old-time scene for many years but in spite of all his shows and workshops, his photography and recordings, he remains in some ways a bit of a mystery. We’ve all heard stories of his teaching and the many pronouncements he is said to have made, but few know the person as well as his music. With this book, Lewis has changed much of that. Through this, volume 39 of the Contributions to Southern Appalachian Studies series, Lew shows us not just the man, but also his history and the story of his life so far.

I won’t begin to try to tell you the story of Dwight; Lew does that well in the book, broken into five basic sections: Early Life; Learning Music; Playing Music; Studying Religion and A Life of Teaching. Lew takes the time to explore Dwight’s early life in the time before he discovered old-time, or became involved in his spiritual exploration of the world.

Likewise, Lew gives us some insight into his own involvement with the banjo and old-time, beginning with Lew’s first long neck banjo (a Bacon Belmont) which was a gift in the 60’s because of his meeting Dwight and sponsoring a weekend workshop at Lew’s Arlington, VA home back in 2002. For this reason and more, I would urge you to read the “introduction,” as it is important in
understanding both the methodology Lew went through in putting this volume together, and the relationship these two men developed along the way.

Lew has had a unique relationship with Dwight, beginning with being a student and workshop host, to friend and confidant, as well as Lew’s insights on the world and his music’s place in it. It’s quite interesting to read about how this book came to be and the process that Lew and Dwight went through to make it happen.

Though born in 1946 in Charleston, WV, people might be surprised to learn that it isn’t until 1968 that Dwight made a concerted effort, indeed dedication, to learning old-time music. And even then, it is by the grace of Hamp Carpenter,who “reconnected Dwight to his early fascination with the old West Virginian stories, (and) encouraged Dwight’s efforts to learn the old style banjo.” From there Dwight went on to become one of the most revered and skilled keepers and protectors of that style.
As should be expected, there is lots of basic biographical information, especially at the beginning. Lew is quite detailed and complete in his telling of Dwight’s history and the history of his family and ancestors. A bit dry, as you might expect, but worth the read to understand the core of this important figure in old-time. And as you might not expect, not quite a linear path to the music as many might have thought. It is through this material that you really start to understand the person Dwight is today. Also, the role that religion has played in Dwight’s life is well documented and important to read. Few understand how much the music and spirituality are tied together. In the introduction, Lew writes how “...Dwight chose his words carefully.... What he said and how he said it could...sometimes sound sermon- like...”

The sections on music will be of most interest to readers. And Lew does a wonderful job documenting Dwight’s introduction to and development of his musical acumen from first influences from “the old people” through the process of becoming a skilled master of the style and finally on to Dwight’s own influence on others.

Also covered is more about Dwight’s involvement in finding and documenting other figures in West Virginian life, in music and film—from his role in the discovery of Edn’ Hammons’ lost recordings to his film and photo documentaries, “Dwight came away...with some definite ideas about the work of recording the music of the “Old People”, compiling the stories these folks told and closely observing the way they went about their lives.” One starts, too, to imagine how much learning about Dwight’s “definite ideas about the work” influenced the work of the author even in this volume.

The work is complimented nicely with photos of Dwight and his family as well as a complete discography and filmography, notes, a bibliography and even a list and description of people interviewed during the research of this book.

If I have one quibble, not related to content, it is with the print in the book itself. These older eyes had some trouble with the small and at times difficult to read type. This was especially true in places Dwight or interviewees were quoted, as those blocks of print were even smaller. Perhaps it was due to a page limit but I would urge McFarland to consider either using a larger more readable font or perhaps put out a large print edition.

All in all, this is an impressive biography of an important member of our community and while one may never know another person in total, Lew has given us a deep and interesting view of Dwight. This book is a commendable volume and well worth the read. Published by , Garland & Co. 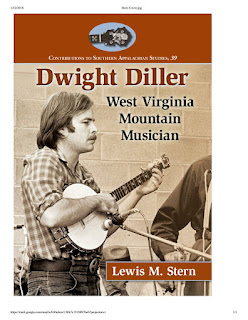